The pygmy marmoset is a tiny primate that is native to rainforests of the western Amazon Basin in South America. At just 100 grams, the pygmy marmoset is known to be the smallest known species of monkey in the world. It averages at about 15cm in height with a 20cm long tail behind it. The […]

via The Pygmy Marmoset. — THE OLD GUV LEGENDS

Amazon Threatens to Fire Workers over Environmental Activism JAN 03, 2020 Amazon has threatened to fire workers who speak out about the online retail giant’s environmental policies. Leaders of the group Amazon Employees for Climate Justice say they’ve received letters reprimanding them for speaking to the media without the permission of Amazon’s corporate offices. Last […]

What on earth can we do to help? It shocked and saddened me to the core when I heard a few days ago about the huge fires raging in the Amazon rainforest. Not only had I heard nothing about it on the news, I was also totally at a loss as to what was causing […]

via The Amazon Is Burning — food fitness flora

NPR reports on the devastating deforestation in the BrazilianAmazon The country’s National Institute for Space Research, or INPE, released data Monday revealing that 3,769 square miles of rainforest were lost to deforestation in a 12-month period ending in July. That marks the highest rate of deforestation since 2008 — and a nearly 30% spike over […]

The world as we know it is burning; and the Amazon rainforest shares that similar trait, but what most don’t know is that these fires were illegally and purposefully made by loggers and cattle ranchers who use the “slash and burn” method to clear land. This problem has been ongoing since the 60s, and environmentalists […]

via Deforestation Due to Dummies — Rampage 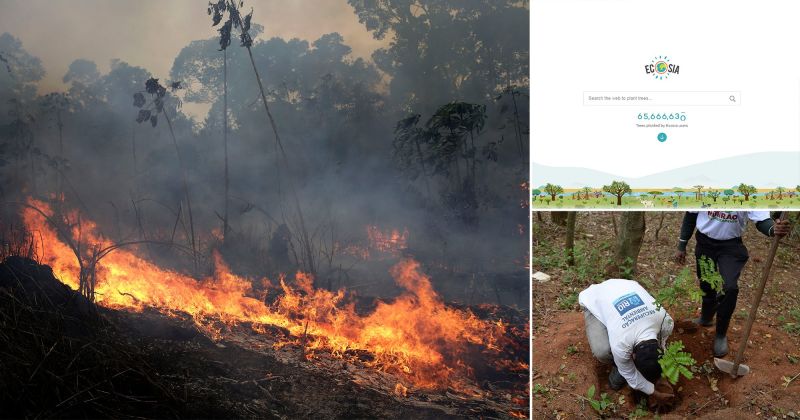 Ecuador is mentioned in the title but is not the only country where deforestation is putting at risk the survival of one of the big predator species in the hemisphere. Thanks to Kimberley Brown, writing in the Guardian, for her reporting from our neighborhood to the south on one of the animals we have featured […]

THIS IS THE COUNTRY THAT ADMINISTERS GALAPAGOS, ALSO.